THIS IS AN REMIX COMPETITION! MAKE A TRACK WITH THE ACID TOOLS OR REMIX THEM AS YOU LIKE
AND SEND YOUR MATERIAL TO INFO(at)SUPERSIX.DE!

THE TRACKS WILL BE RELEASED ON SÄUREBAD RECORDS!!!
THIS REMIX COMPETITION HAS NO END SO BE CREATIVE!!!!

Debut EP of the Canadian Dan Carew incl. some remixes
of Fax, OCP, Humeka and Glander. 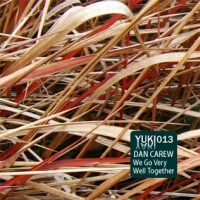 Dan is a real minimalist, somewhere inbetween electronica classicism and minimal house. Hardly to imagine that you could strip down a rhythm more efficiently down to its very basic sound bits and bytes, while being hopelessly in love with innocent melodies. The cover of the release is part of the Nils Clauss ShowCase on Yuki Yaki.

Prologue is the project, created by two talented musicians from Moscow: Pavel Kiselev and Andrey Trofimov. It unites different genres of music, such as hip-hop, neo-classic, hidden folk elements in some kind of symbiosis of instrumental sound with rather rough deep beats, inlaid by beautiful female vocal. The results is unusual and magnetic.

Beatport, the recognized leader in electronic music downloads, announced today the world wide launch of Beatsource.com. Beatsource.com, an urban music download store modeled after Beatport’s success in the electronic music market place, will provide access to high quality, legal music downloads, with a focus on
premium urban and hip hop music content. The online store will utilize all of Beatport’s current technology including DRM free downloads in multiple formats, instant download shopping, advanced search, language localization, and
unique music browsing features.
“Over the last four years Beatport has helped change how DJs and enthusiasts purchase electronic music around the globe,” said Jonas Tempel, Beatport’s CEO. “Our goal with Beatsource is to provide users with the same easy
to use shopping experience and an unprecedented music catalog of urban music and DJ tools.”
The music catalog includes Beatsource digital exclusives with DJ Rectangle and Milkcrate Records, new releases from Big Dada, KOCH, Nervous, Delicious Vinyl, Stones Throw, and over 800 of the world’s top urban labels. In addition, Beatsource will offer hard to find DJ classics from artists like Madlib, Dizzee Rascal, J DIlla, Jazzy Jeff, KRS-One and more, available for download today. Track prices range from $1.49 to $2.49 based on the music’s exclusivity, file format and release date.
Beatsource is celebrating its launch by awarding over $10,000 in prizes through their ‘Great Launch Giveaway.’ Any newly registered user who joins Beatsource before March 15, 2008, will be automatically entered into a giveaway with the chance to win one of three great prize packages from Apple, Pioneer, Native Instruments and Beatsource.com.

I remember my own little hip hop history in that times of east germany, if i look at this new Hip Hop Documentary Movie

As i was living in a small town (GDR)  we also have some real hip hop activitys in the 80s there .There were breakdancers and even Hip Hop Musicians around in the GDR 80s and even more after the Movie “Beat Street” was in east German Cinemas.
Just after the first Screenings we had the first tags on Walls. That Movie inspired so many people in east germany that you can sure describe this, as an real Media Virus! spreading the hiphop vibe around! It was maybe the only one Subculture Music Movie in the Cinemas from the “Capitalistic Outside”. But because of its clear critism of the capitalistic system it was shown in the cinemas often on the TV also.

Just at the same Time between 1983 – 1987 a lot of People discovering Hip Hop in the East and start doing something. In my Town we had that Breakers Crew > RBS < and also some Producers. I can remember on Hip Hop Partys and Street  Jams. Our Breaking Crew send a Woman to the European Breakdance Championship´s in Hungary maybe it was 1986 > She make the second Place in the Contest.
After that she tried to leave illegaly with her Boyfriend to West Germany through Hungary and got catched by the Authorities. Both were in Jail part Time!
I love to remember thoose Times where Hip Hop was born . We had also our own MC and Djs in a small gTown with vinly from the West and Hip Hop on The DT 64 Radio.

thanx for that DVD > mindreset

Dessau/Leipzig/Dresden/Berlin in the 80s: Simo, Beatschmidt, Magic Mayer…
Breakdance was their home and Hip Hop their lives. They were shadowed, they were not supposed to dance – but they did.

They met on the streets, tailored their own jogging suits and painted their shirts with graffiti. They imitated the moves from movies, they trained in front of the mirror and on the streets. First isolated and prejudiced by the society beakdance evolved to an important youth culture in the former GDR. HERE WE COME tells this story and what became of it until today. One thing is clear: Hip Hop has tradition! After 5 years in Los Angeles, experimental filmmakers, Julian and Linnea Dahl, have returned to Vashon with their first feature film – “Camjackers” – a quirky comedy-drama in which class war, revenge and the race divide collide in a funny post-Reality hiphop mindtrip.

This carefully improvised film follows the underclass Camjackers as they wreak their revenge on the middleclass Filmfakers using their own cameras against them. The film caricatures white cooption of black culture in the ironically simultaneous contexts of racial fear and the fetishization of black cool. Secondly, it explores indie-filmmaker-as-pop-icon with a knowing wink at media access, representation, and social control. Lastly, “Camjackers” is an actual experiment in genuine creative access in which two real groups of film artists were actually given the tools to realize their films-within-a-film, while also starring as characters within this feature film. The story takes shape in real time as the Camjackers edit various tapes on screen while we watch.

According to director-producer, Julian Dahl, “we were shocked by the third-worldization of LA, the hordes of homeless, the cultural and material theft of the underclass, so we tried to make fun of the powerful and provide a platform for artists to speak and the underdog to triumph.”  Shot with real artists on the streets without a script, Julian relied on his charaters’ passion, skills and experiences to infuse the plot with bite. “I wanted to show the parisitic nature of Hollywood, the power of African-American culture, and the reality of folks in the hood.”

Based on an original idea by Linnea Dahl, co-writer, “Camjackers was, for me, a way of dealing with almost getting shot in my home, living in the ghetto as a urban pioneers, and watching rich whiteboys with toys trying to riff on authentic ghetto experience.”

Teaming up with LA Filmmakers Co-op (www.lafco.tv), a filmgroup described by Res magazine as “media merry pranksters on wheels”, Julian and Linnea sold their house, put out casting calls, and conjured the dream into actuality. Three and a half years later, the film is done and touring the festival circuit, recently winning Best Editing at Ann Arbor Film Festival and screening at Harlem International Film Festival.

This is a chance to see the work of WildChild producers Julian and Linnea Dahl close up.

CAMJACKERS is a funny, LA street story about 2 rich, scared filmfakers in the hood and the 3 guys who ‘borrow’ their equipment, make a film, get ripped off, and seek revenge.

Two rich, clueless filmschool grads (“the Filmfakers”) are shooting a “ghetto” interpretation of an ancient Greek play on the mean streets of Los Angeles. Their equipment is ‘borrowed’ by three street youths (“the Camjackers”), who shoot a compelling documentary on underground hiphop. The Filmfakers rip off the Camjackers’ film and rise to fame and fortune. The Camjackers see their stolen work on TV and seek revenge.

Camjackers is an experiment in creative access in which two real groups of film artists were given the tools to realize their films-within-a-film, while also starring as characters within this feature film. The story takes shape in real time as the Camjackers play rushes and edit various tapes on screen while we watch. The rawness of the film, and especially of the hip hop short-film-within-the-film and the street documentary footage, comes from a freestyle approach to filmmaking itself – unscripted, off-the-cuff, real responses to contrived contexts played out in real time and jumpcut together coalescing into a finished feature film before your very eyes.

The Filmfakers are shooting a ‘ghetto’ interpretation of the ancient Greek play, Lysistrata (“Sista Strada”) on the streets of LA. When approached by a group of street youths (the “Camjackers”), the Filmfakers think that they are being mugged so they give their camera, tripod and watch to the Camjackers and run away.

The shocked Camjackers take the stuff and then discover the abandoned Filmfaker’s production van. The Camjackers decide to make a film in one day.

They shoot some footage and then take the camera and laptop to their apartment to show their friends, Shante and Olinda. Rather than hock the stuff, Olinda insists that they make a film themselves.

All four Camjackers ride in the stolen production van and work on their film ideas. Cody and Phoenix then play with the camera and accidentally leave it running. They film themselves and their world as we see rushes from their short film-in-the-making. We then see part of their edited short film.

The Camjackers go to a club to find talent for their short film. They continue shooting street people into the night. While the Camjackers are shooting the last shot of the night, they are again harassed by the cops and then break free.

Several months later, the Camjackers see themselves and their film on TV without credit. They become very angry and plot revenge.

The Camjackers break into the Filmfakers’ rich home, grab the original copy of their short film and steal some home movies and surveillance tapes. On these tapes we see the Filmfakers indulge in degrading and unethical behavior.

We then see a cable TV entertainment show (“Real Entertainment”) that showcases the Filmfakers and their stolen short film.

The Camjackers know they need releases to use the embarassing Filmfakers’ footage, so they pose as a “Pirategram” singer and a postal worker to get the Filmfaker’s to sign (hidden) release forms.

The Camjackers then sell the raw footage to a sleazy cable TV entertainment magazine show (“Shamefile”). We see the trashy “Shamefile” TV spot assassinating the Filmfakers as professionals and human beings with samples from the Filmmakers’ own home movies and surveillance tapes.

The Camjackers are officially recognised as authors of their own work and gain some fame for their efforts. As the final celebratory scenes unfold in the limo and the club (Project Blowed), we see the Camjackers living high. The Filmfakers, recently released from jail, visit the club. As the Filmfakers try to salvage whatever they can, we see Phoenix harshly dismissing the Filmfakers, who are then thrown out of the club.

As the credits roll, we learn that the Camjackers actually put together the whole Camjackers feature film themselves.

END_OF_DOCUMENT_TOKEN_TO_BE_REPLACED

on JAN08 the inofficial successor called “COGNITIVE*DEFECT RECORDINGS” is opening it´s doors… the first two free releases of XNDL are ready for a free-download at www.cognitive-defect.offbeaters.com.